Milk of the Stone (Original Painting) 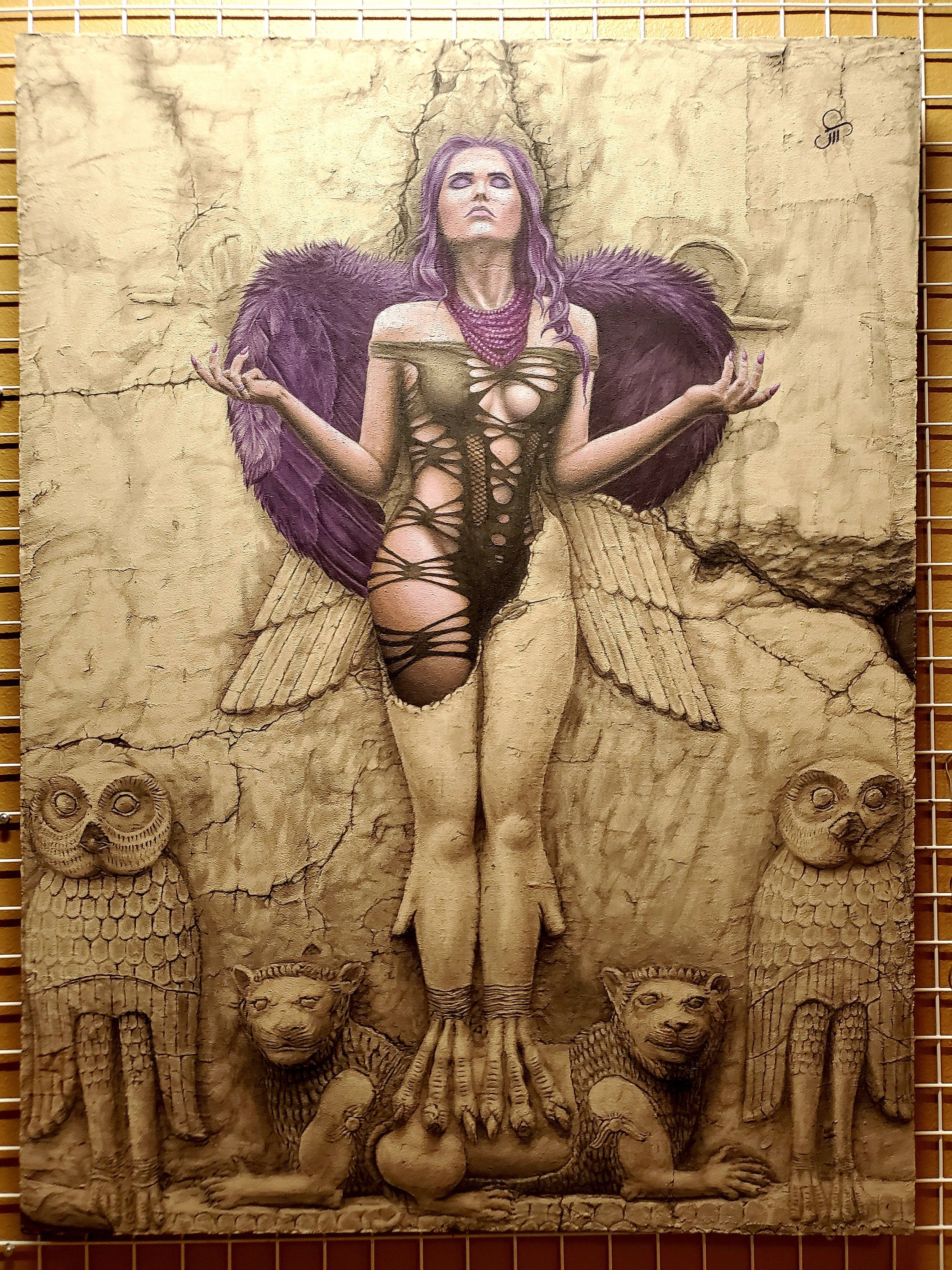 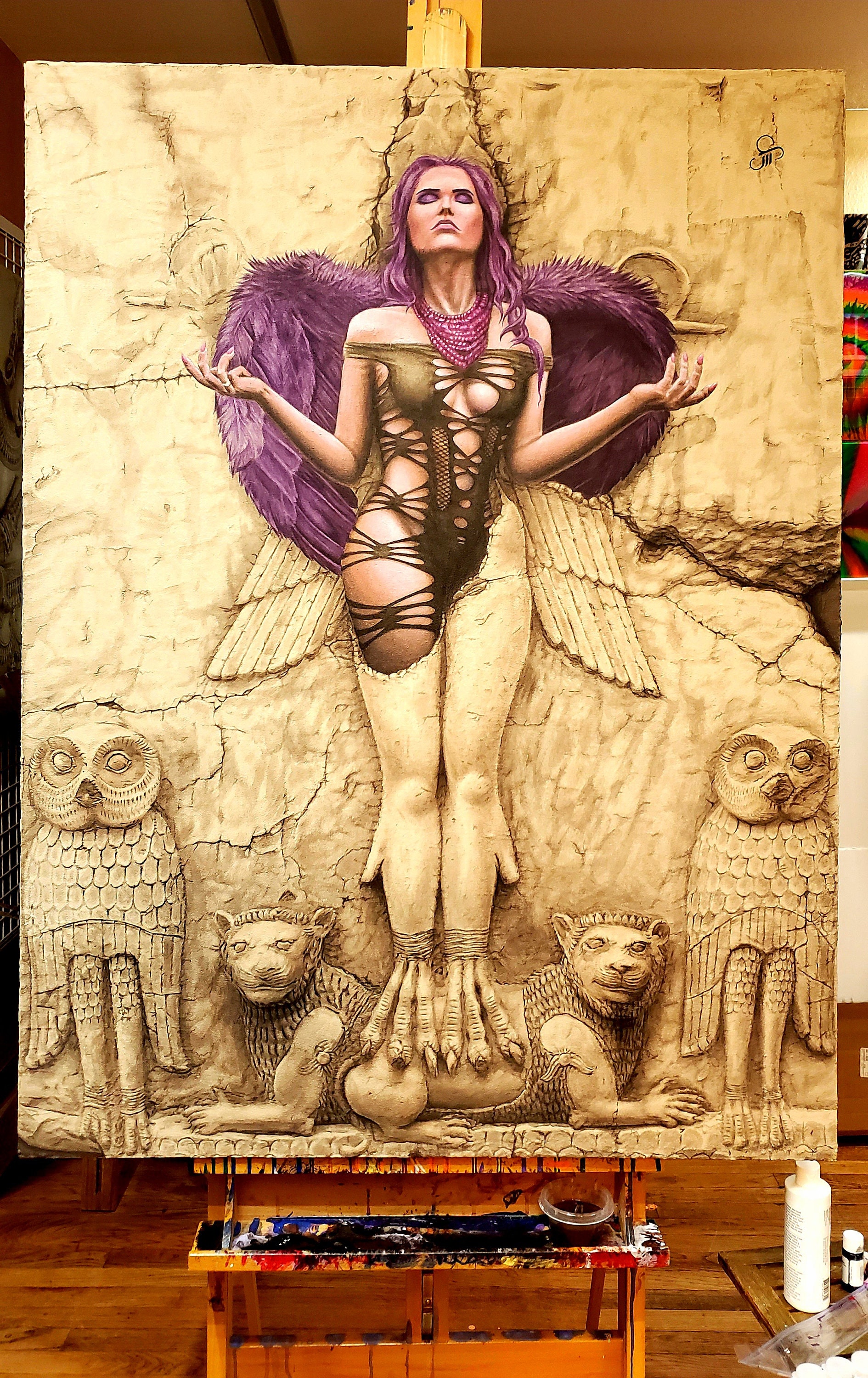 Milk of the Stone (Original Painting)

Inanna "Milk of the Stone"

This stunning and vibrant painting features the ancient Sumerian goddess of love, fertility and war, Inanna. She was later also identified by the Akkadians and Assyrians as the godess Ishtar. She would later become synonymous with Lilith. As her legend has evolved and morphed through the ages, she has gone through countless iterations, becoming known by new names and taking on new qualities. She has so thoroughly evolved along with the imagination of man taking on so many new forms that many are no longer easily identifiable as her progeny. She is the earliest known manifestation of our self awareness and representative of our perception of the feminine ideal

"Milk of the Stone" is the seventh installment in series Paved in Skin- The Femenine Divine. The series features divine feminine figures analogous to the Inanna, demonstrating her as the most potent and prolific feminine acrchytpe, pervasive throughout the world and human history. The series has featured the Greek goddess Minerva, Hindu/Buddhist Apsara, The Virgin Mary, Egyptian Isis, the Inca/Aztec goddess Xochiquetzal, Oshun from west Africa and now Inanna. All bearing many of the same archetypal qualities that first appeared in history in oldest recorded goddess as Inanna in ancient Sumeria.

The series Is meant to illustrate that these divine archetypes, and the Inanna/Mother goddess archetype in particular has been so powerful and pervasive throughout human consciousness because they are our greatest models for which we should aspire to. Though their existence as tangible physical entities is at best debatable, their pervasive existence within the human psyche is real and undeniable. They are representations of our inner most aspirations, our devine nature, our love, our courage and strength and even our capacity for vengeance and hate. They are human nature and their message serves us as a map to finding purpose. They model for us how we might best exist within the world and find meaning in what might otherwise devolve into a life of dread and despair, along the weeping road, without purpose, unfettered by our sense humanity.