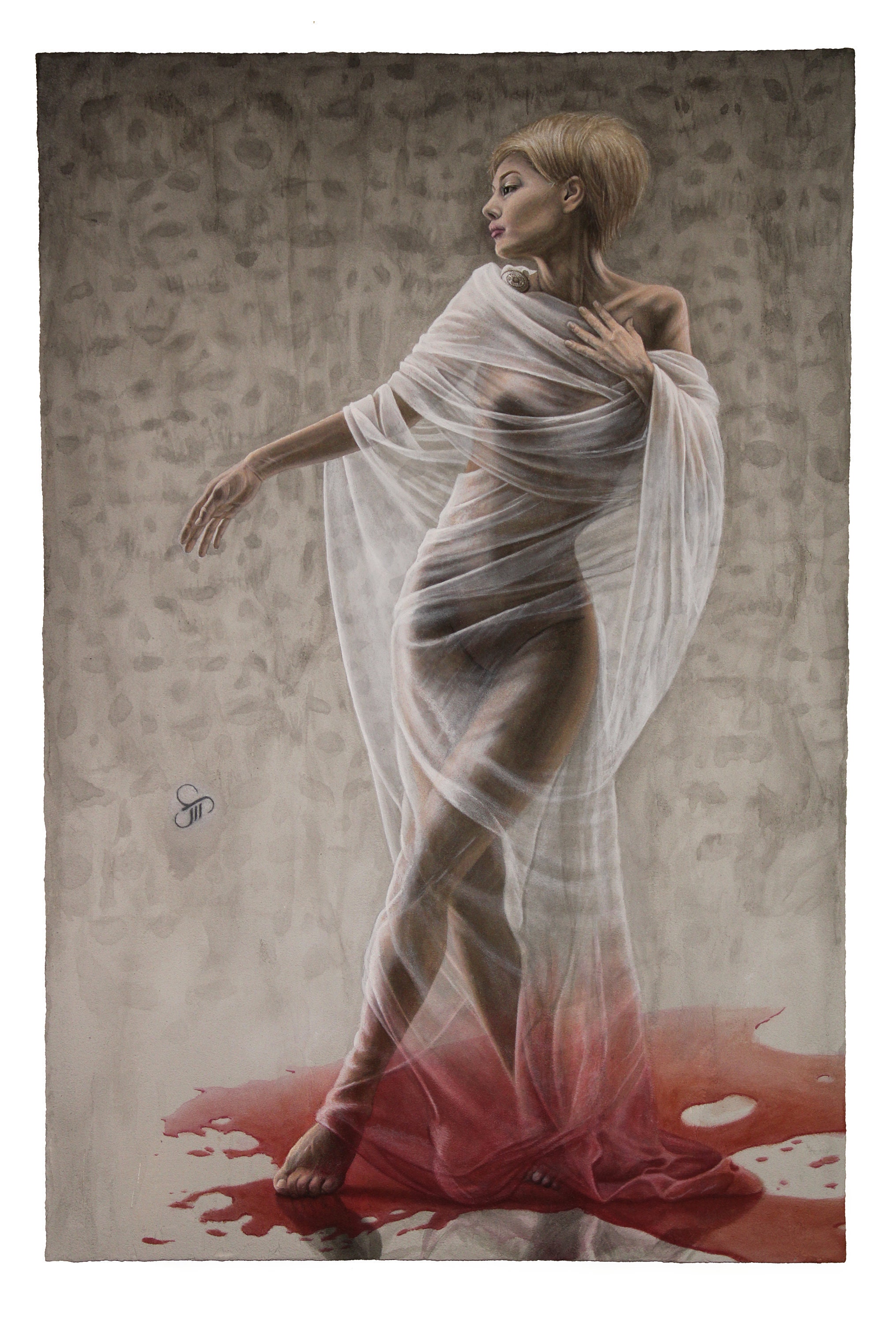 Based on the character "Madeleine" from Image Comics 'Vinyl'. This artwork is featured as a Nerd Store Utah/Hive Comics exclusive cover of Issue #1 of Vinyl

About the graphic novel 'Vinyl'

PLASTIC creators DOUG WAGNER and DANIEL HILLYARD return with Eisner Award winner DAVE STEWART for an unsettling tale of psychopaths, sweet love, and a serial killer named Walter. When Walter’s best friend, the FBI agent charged with his capture, is kidnapped by a death cult of all-female sunflower farmers, Walter finds himself deep within an underground labyrinth filled with secrets and monsters...but are their monsters more horrific than his?