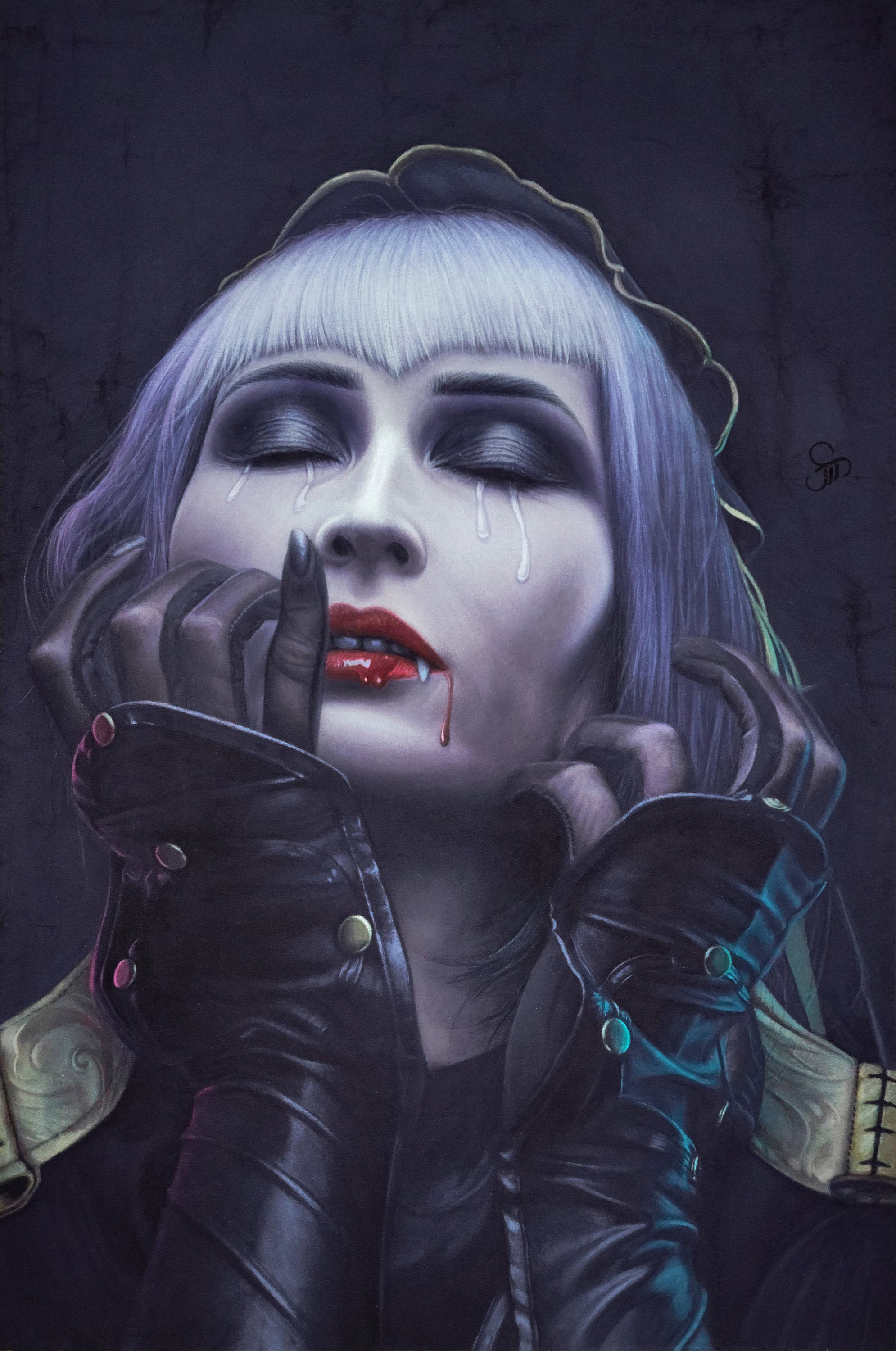 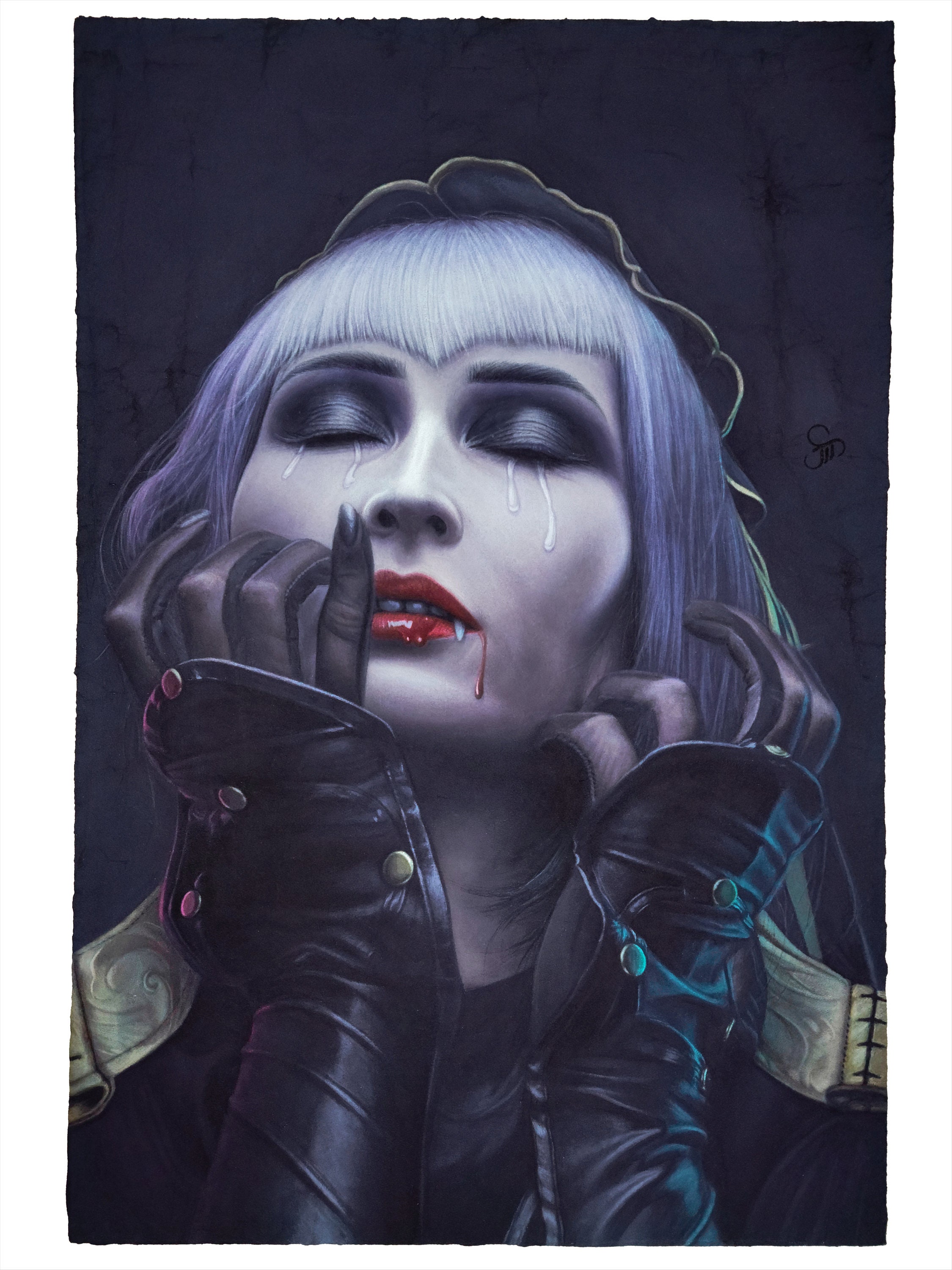 This artwork is featured as variant cover art for Stake Presents:Jessamy #2.

It started with a whisper…

In a mid-18th American tavern, a simple game of one-upmanship sends the rumor of monsters in the New World up the eastern seaboard and across the Atlantic.

In a world where vampires are real, but still hidden, there is a global network in place to ensure the secret remains hidden.

Jessamy is an old vampire (don’t ask how old, it’s impolite) whose job is to keep the secret world of vampires hidden from humanity. When Benjamin Franklin (yes, that Benjamin Franklin) sent word of rumors of a plantation with monsters eating their slaves, Jessamy was dispatched to investigate and, if necessary, eliminate the threat to the balance between man and vampire.


Her journey brought her to Charleston, South Carolina where she searches for her next clue in...

It may have started as a whisper, but now Jessamy is here and things are real.

When the boastful farmhand who started the rumor that summoned Jessamy to the New World returns to a tavern in Charleston, Jessamy's hunt resumes.